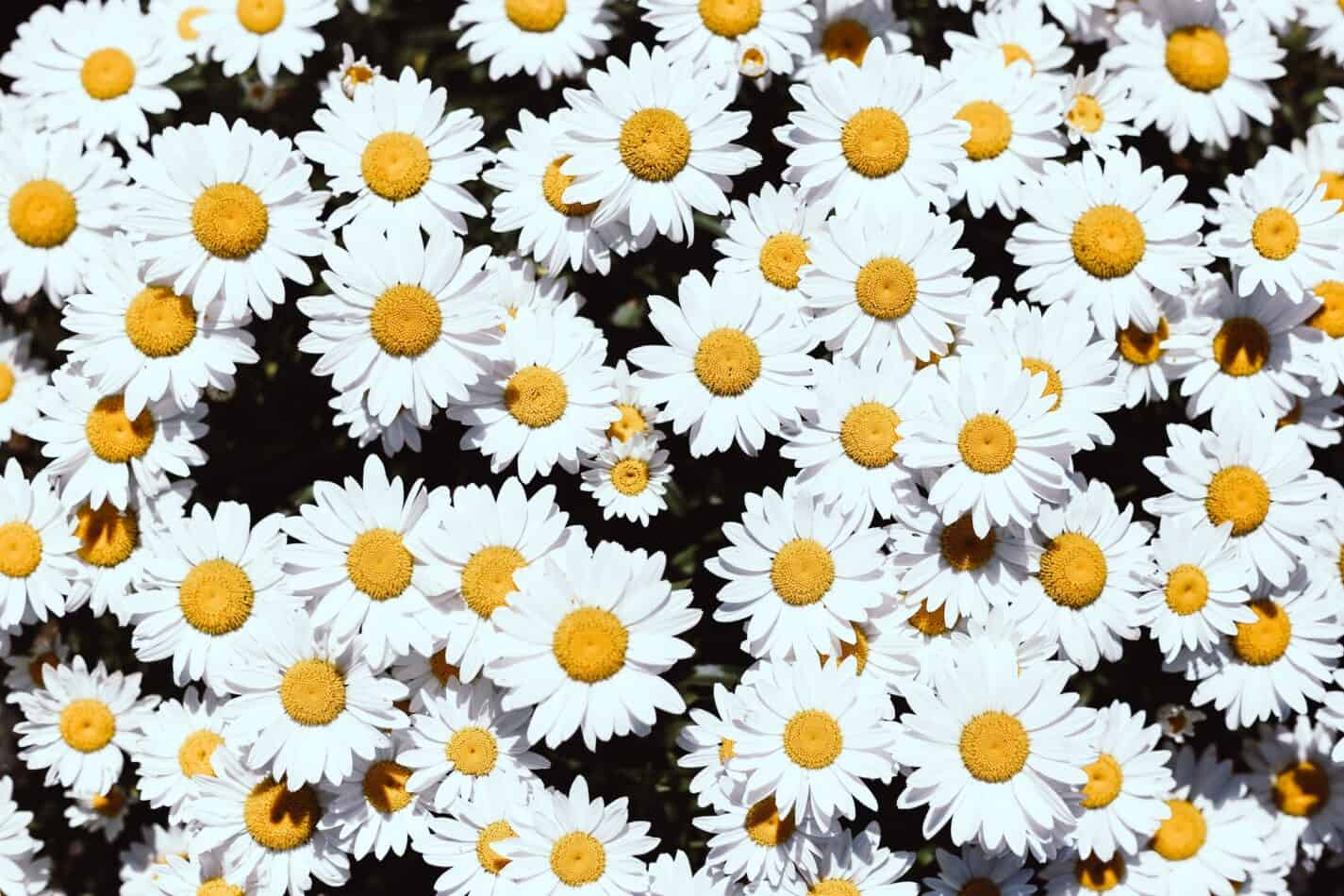 We all know the lover’s daisy game where a sad and lovelorn person pulls a daisy petal one by one while reciting, “he loves me, he loves me not”. But did you know that daisies have symbolism all to themselves?

Many flowers share the name “daisy”, but for most of us, the classic flower of lover’s games and daisy chains is the European species named Bellis perennis. Interestingly enough, the common name for this species of daisy is bruisewort, or occasionally woundwort, which are both unflattering names for such a pretty flower. This name probably originated with the Romans who would soak bandages in daisy juice and use them to cover wounds. And daisies are still used in modern homeopathy to also treat wounds and bruises.

Incidentally, the name daisy comes from the old-English term “days-eye” because daisies open in daylight hours which is also the origin of the phrase “fresh as a daisy”. In fact, Chaucer called the daisy “the eye of the day”.

The daisy through history

The ancient Romans associated daisies with a nymph named Belides who turned herself into a flower to avoid the amorous pursuits of Vertumnus, the god of seasons and gardens. In Norse mythology, the daisy was associated with Freya, the golden-haired goddess of love and beauty. In Celtic law, the symbolism of the daisy was more bittersweet because it was believed that the gods would sprinkle daisy seeds on the graves of children. And in Christian iconography, the daisy has been used to represent the purity of the Virgin Mary.

In more modern times, the symbolism of the daisy has evolved to encompass a range of meanings. Given its Celtic association with children and childbirth, the daisy often represents purity and innocence. And the flower’s colorful duality – the white petals and yellow heart – means the humble daisy is also a powerful representation of true love where opposites are joined together in unity.

The daisy’s yellow heart is actually formed of dozens of small individual flowers called a pseudanthium which is why the daisy is also a symbol of peace and harmony. Plus, being a flower that blooms during the warmer weather of spring and summer, the daisy has also become a symbol of rejuvenation and rebirth.

Of course, the regular old bruisewort isn’t the only type of daisy familiar to modern eyes. Your local florist is almost certain to be filled with different varieties of Gerbera daisies. Unlike the common daisy, gerbera’s come in a range of colors including yellow, orange, white, pink and red.

Orange gerberas are associated with enthusiasm, energy, and warmth and are often given to someone you might consider the “sunshine of your life”. Purple gerberas represent female pride and elegance and are perfect gifts for the special woman in your life.

Yellow gerberas signify happiness and commemorate friendships. If you have a sick friend, ask your florist to send them a gift of pink gerberas to say “get well soon”. Feeling passionate, then you could send your lover a bouquet of red gerberas. And of course, the white gerbera, like the humble common daisy, symbolizes innocence and purity.

But no matter the variety of species of daisy, they all have one thing in common; a natural beauty that epitomizes prettiness. If you would like to check out the meaning of other yellow flowers, you can check our article here.