Day of the Dead Flowers 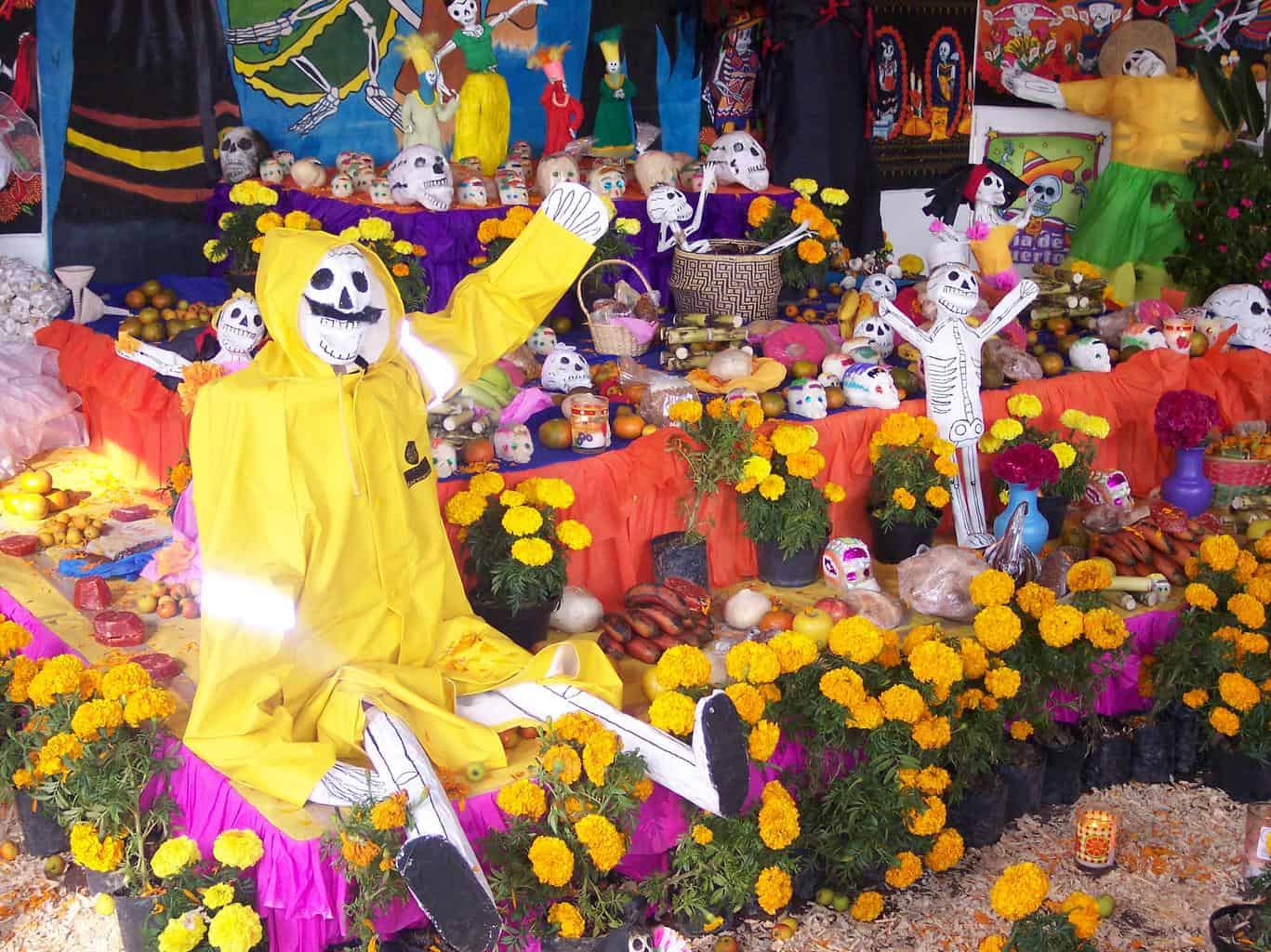 Día de Muertos is an ancient Mexican celebration for families who gather together to celebrate the lives of their departed relatives. It takes place between the end of October and November 1st each year in México. Music is played at homes and cemeteries, and Day of the Dead flowers are displayed.

Traditionally, people gather at cemeteries, arrange and beautify altars (ofrenda), scatter symbolic flowers here and there; cook Calaveras (edibles); organize colorful and joyous parades on the streets; shoot fireworks; dance; sing songs; play music; eat delicious food; drink alcohol; dress up as skeletons and wear masks, and make offerings to the ancestors. The festivities are meant to honor the memory of deceased loved ones. This holiday has been celebrated since pre-Hispanic times.

The word “Calavera” means skull in Spanish and refers to a ceramic dish used to serve foods such as tamales, mole, enchiladas, etc. Calaveras are decorated with sugar skulls. They symbolize death, but they are not considered to be macabre. Sugar skulls are made from clay and painted with bright colors. Some people use real human skulls instead of sugar skulls.

The Day of the Dead is when families remember loved ones who have died. They travel back to the past with their minds and think about how much they miss them. In this way, they can feel closer to their loved ones again. 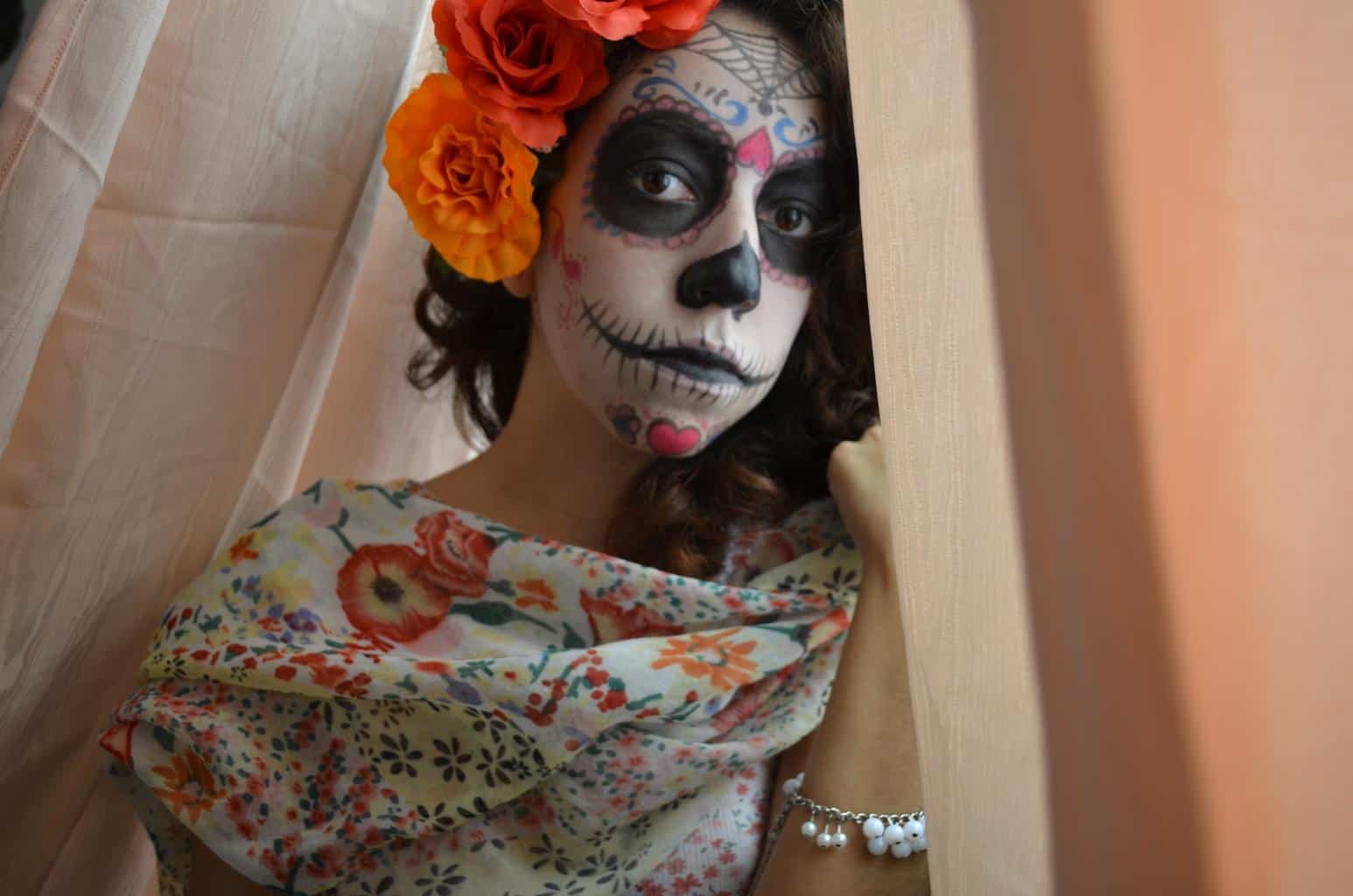 The Aztecs also held festivals honoring their dead. Death was seen as the beginning of a new cycle of life. The festival is deeply rooted in Aztec traditions and is tied to the goddess Mictecacihuatl, or Lady of the Dead. She was associated with death because she cared for the deceased’s souls.

The festival lasted for three days: two days were dedicated to mourning the dead and one to celebrate the soul’s return. The family members would prepare unique dishes for the deceased during these days. These included tamales, chocolate, bread, and sweets. On the first night, the family prepared special drinks called pulque, made by fermenting corn. Pulque was often mixed with chilies and honey. On the following day, the family would wake up early and go to the cemetery, where they would light candles and burn incense. Afterward, they decorate the gravesite with flowers, fruit, and other items. Then they would pray and offer sacrifices to the gods. Finally, they would take the body home.

In Mexico, the celebration dates back to 1531. At that time, it was known as “Los Tres días de los muertos”. The name changed later to Día de los Muertos. The holiday became more widespread after the arrival of the Spaniards. By the mid-1800s, the celebration had spread throughout Latin America. Today, the holiday is celebrated all over the world.

Culture And Customs Of The Day of the Dead

In some countries, like Spain, the celebrations are very different than those in Mexico. For example, in Spain, the Day is spent visiting cemeteries and praying for the dead. There are no parades, fireworks, or parties. Instead, people spend time with their relatives remembering the good times they shared.

In Mexico, however, the celebrations are more elaborate. Families host large gatherings at their homes. They invite friends and neighbors to share food, drink, music and dance. Children dress up in colorful costumes and play games. Adults wear traditional clothing and dance around the tables while playing marimba and guitar.

People celebrate the holiday by making altars with pictures of their loved ones. They place photos, favorite foods, and other things on the altar. Flowers and candles are placed near the photographs. Some families make sugar skulls. These are made from clay and painted white. Sugar is then poured into the eyes and mouth of the skull. It is said that when you eat them, you can see the spirit of your loved one again.

Some families have an annual ritual. Every year, they visit the gravesite of a relative who has died. This helps them remember what happened to the person. In addition, they clean the grave site and plant new flowers.

Another way that people celebrate is by going to cemeteries. They pay respects to the dead by lighting candles and leaving offerings. They also say prayers and sing songs. 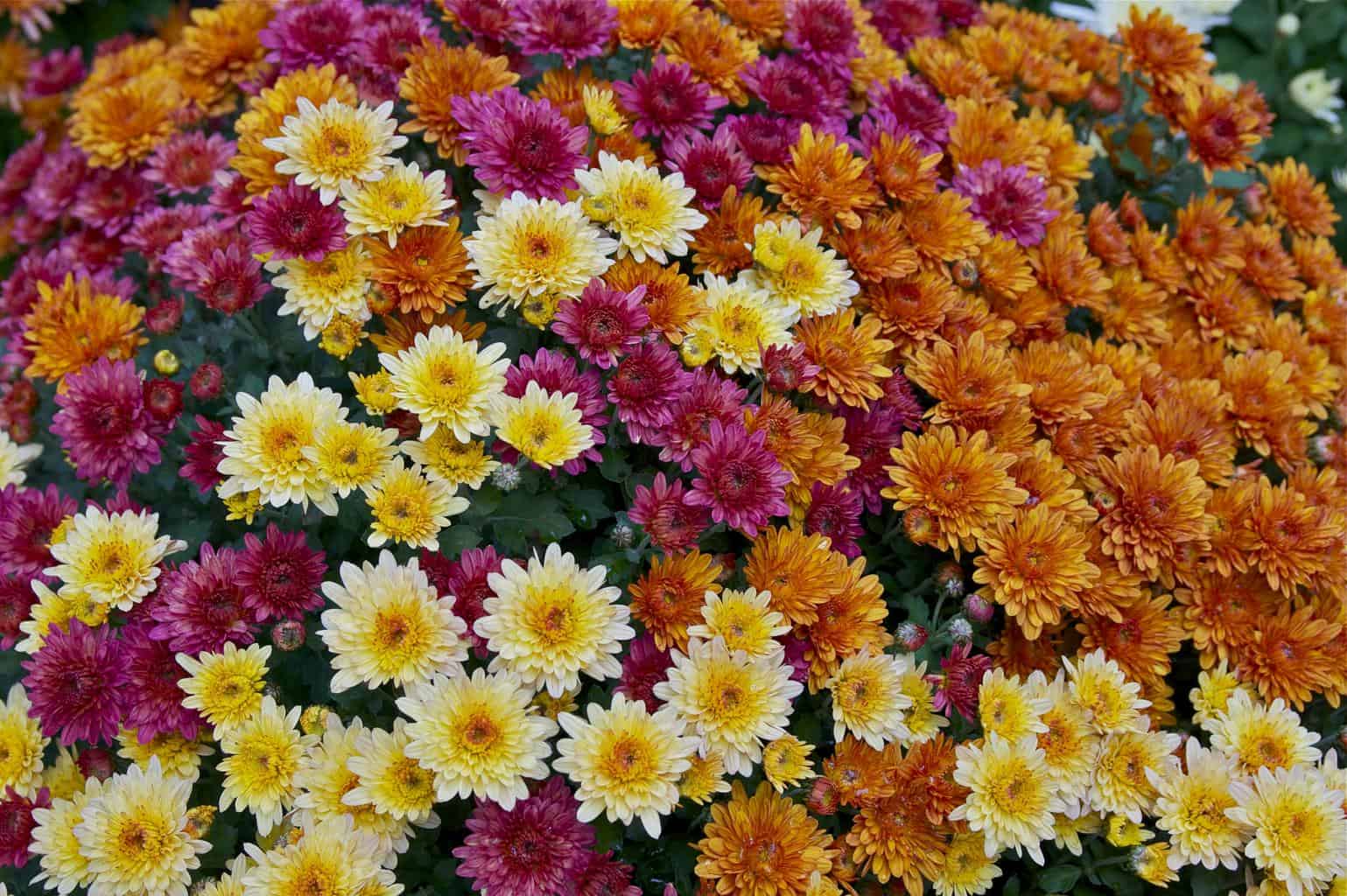 Entire Mexican families prepare traditional offerings. Altars vary according to village and region. In the homes, great efforts go into preparing traditional foods. The altar is decorated with conventional foods, fresh flowers, and sweets and adorned with a photo of the deceased. People remember the dead by sharing food, drinks, and gifts on this Day.

There is a specific flower that is most associated with the Day of the dead: the marigold. To this day, it’s considered the symbol of death in Mexico. This is why it is used to decorate altars.

There is a plethora of symbolism on the altars. For example, sugar skulls represent the souls of the dead who return to the altar to be blessed by the priests; candles are lit to guide them back to the altar. The symbolism of the skeletons is used to remind people of the inevitability of death. 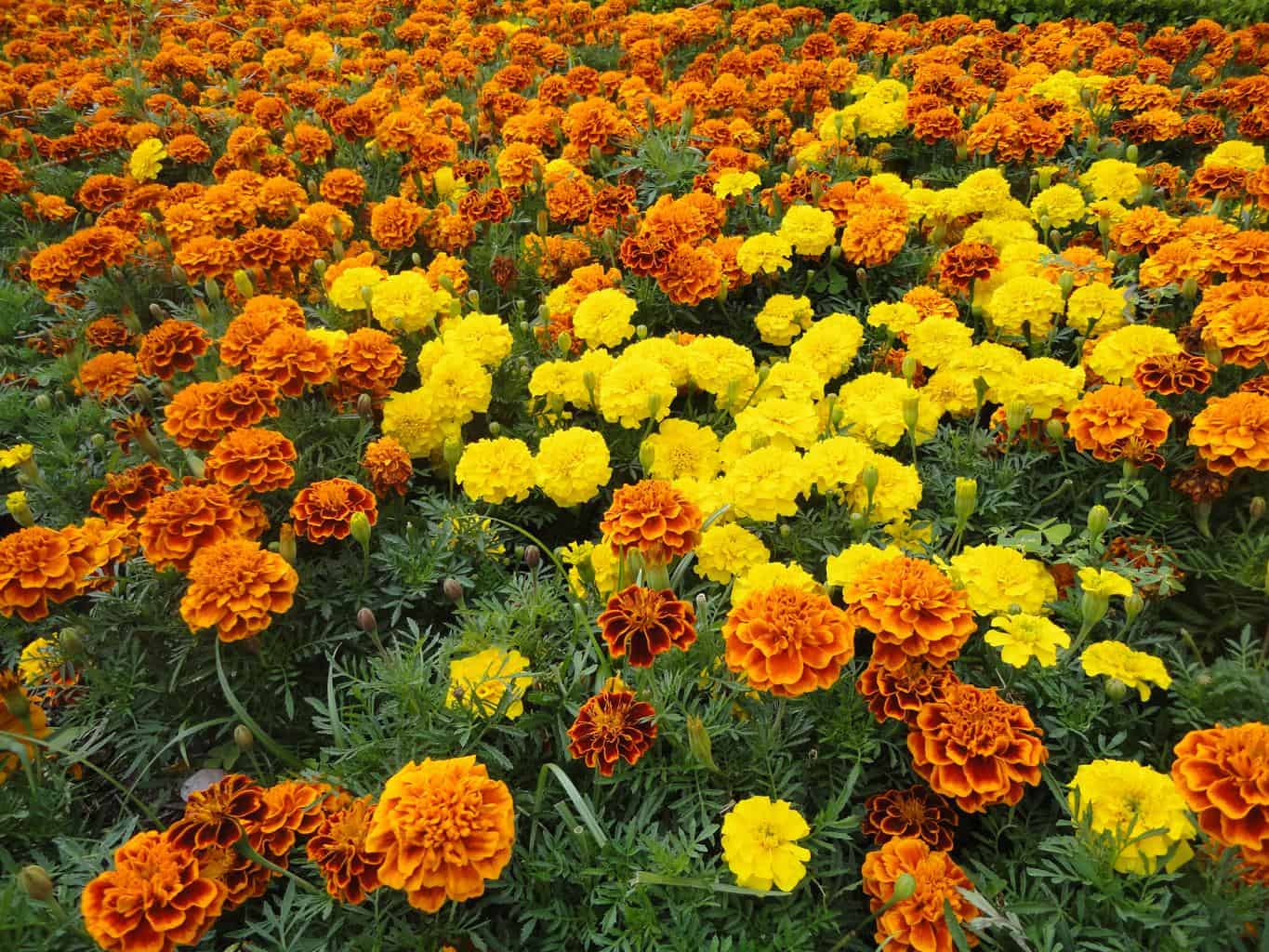 Who celebrates the Day of the Dead?

It is known as All Souls’ Day in some of them and is celebrated by remembering and praying for the dead. From the Philippines to Italy, it’s a celebration for your deceased loved ones where you bring flowers and lit candles in front of their grave.

It is also known by different names in other countries, such as Dia de Finados in Brazil, Day of Remembrance in Canada, and Tutti I Santi in Italy.

Day of the Dead Flowers

Flowers are often used to commemorate people who died. They’re also used to symbolize love or friendship. In some cultures, they’re even used to represent the soul. The Day of the dead is a time to reflect on our lives and appreciate those who have gone before us. In addition to remembering loved ones, we should also reflect on ourselves. What would we want to say to someone we love today? How would we want to be remembered?

Marigolds, or Cempasúchil, are important flowers used by the Aztecs to honor the dead. It was believed that the scent of the flowers attracted spirits to the altar. Marigolds were often placed on altars, crosses, and garlands. People created a marigold path leading to the altar.

Cockscombs are used in decorations and on altars, with Marigolds as a prime example of how Catholic and Aztecan cultures intermingle in modern-day of the dead celebrations. Their bright red color makes them stand out among other flowers. To be used in decoration, they can be kept alive for up to 8 weeks in hot and humid climates.

Chrysanthemums are very important on this holiday. White flowers are used to symbolize peace, love, and sympathy. Chrysanthemums are used as a symbol of death and mourning. They are often combined with Baby’s breath to create a beautiful and serene atmosphere.

Gladiolas symbolize remembrance and faithfulness. The long-stalked blooms are laid on gravesites and tombs during Day of the Dead celebrations. The flowers are used alone or with other traditional blooms such as baby’s breath. These very attractive blooms make a great centerpiece.

Hoary Stock is a type of plant that grows in the mountains of Mexico. It is an altar decoration because it reminds people of purity and innocence. The white color represents innocence, while the hoariness stands for age.